We are profoundly ignorant about the origins of language, and have to  content ourselves with more or less plausible speculations. We do not even know for certain when language arose, but it seems likely that it goes back on the earliest history of man, perhaps over a million years. We have no direct evidence, but it seems probable that speech arose at the same time as tool making and the earliest forms of specifically human co-operation. In the great Ice age of the Pleistocene period, our earliest human ancestors established the Old Stone Age culture: they made flint tools, and later tools of bone, ivory and antler; they made fire and cooked their food.

It is not a drawer

or a folder or a book.

It is not organization.

It is open envelopes

spilled out over the floor

and I’m trying to sort

my mail – the birthday letters

from the love letters

It is a pool, but not

a pretty one, not an indoor one,

not even a contained one.

It is a pool of spilled milk

all over the kitchen table

and not everyone is

ready to cry over me

and I’m over here

on the deep end

waiting for you to wade in

so I can toss you the lifebuoy

This is a slow drowning

A human language is a signalling system. As its materials, it uses vocal sounds. It is important to remember that basically a language is something which is spoken: the written language is secondary and derivative. In the history of eqch individual , speech is learned before writing, and there is a good reason for believing that the same was true in the history of the race. There are primitive communities that have speech without writing, but we know of no human society which has a written without a spoken one. Such things as the sign language of the deaf and dumb people are not exceptions to this rule, even if used y people who cannot speak, and have never been able to speak, these languages are derived from the spoken language of the community around them.

Vocal sounds
The vocal sounds which provides the materials for a language are produced by the various speech organs. The production of sound requires energy, and this is usually supplied by a diaphragm and the chest muscles, which enables us to send a flow of breadth up from the lungs. Some languages use additonal sources of energy: it is possible to make clicking sounds by muscular movements of the cheeks and lips, and such sound for example are found in some of the languages o Africa. But in English we rely in the outlow of air from the lungs, which is modified in various ways by the ‘set’ of the organs thatit passes through before finally emerging at the mouth or nose.
First the air from the lungs passes through the vocal cords. These are rather like a small pair of lips attached to the walls of the windowpipe, and we are able to adjust these lips to various positions, from fully closed ( when the flow of air is completely blocked) to wide open ( which the flow of air is quite unobstructed). In one of the intermediate positions, the vocal cords virate as the air passes hrough, and produce a musical tone called voice. We can vary the pitch of the voice ( how high or low the tone is on the musical scale), and the pitch of our voices vary constantly as we speak, producing the characteristics melodies of English sentences. Sounds in which voice is used are called voiced sounds, but some speech sounds are made with the vocal cords in the wide open positions, and are thereore voiceless. The presence or absence of voice can be detected by covering the ears with the hands: voiced sounds then produce a loud buzzing noise in the head. If, for example, you cover your ears firmly and utter a long continuous v sound, you will hear voice; if you change it to an f sound, the voice disappears. In fact the English v and f are made in exactly the same way, except that one is voiced and the other voiceless. There are many other similar pairs in English, including z and s, the th of this and the th of thing, and the consonant sound in the middle of pleasure and of washer, which can be called zh and sh. We can play other tricks with our vocal cords: we can sing, or whisper, or speak falsetto: but the two really important positions for speech are the voiced and the voiceless.
After passing through the vocal cords, the stream of air continues upwards and passes out through the mouth, or the nose, or both. The most backward part of the roof of the mouth, called the soft palate or velum, can be moved up and down to close or open the nasal cavity, while the mouth passage can be blocked by the means of the lips or tounge.

This world has lasted only because of believe, and we must learn to believe. And i believe of a Reblog haha @ aanasada

Alas! Religion is the opium of the masses .. BUT the only solution to world peace.

Don’t tell me I can’t

I’ll show you I will.

Doctors throw strange words at me

Of things I may never do

But I am a child

I’ll show you I will

And I will walk with a smile

Don’t tell me I can’t

I’ll show you I will.

Created, Tested and approved by Jô on: March, 2015

Fresh seafood of your choice

3) Use a peeler to cut the cucumber in very fine slices.

Use a peeler to slice cucumber. 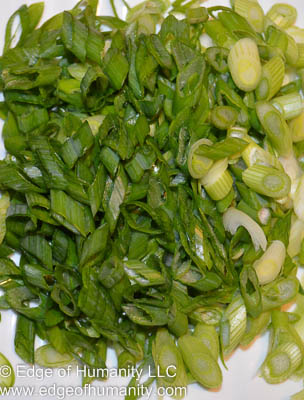 5) Keep you seafood cold at all times while preparing the sushi bowl.  I’m using tuna, salmon, sword fish and shrimp.  You may use any combination of fish you like.  The goal is to…

It is one of the human action which leads to imalance in the society. No body can understand a person when he or she is angry. It often arises due to impatenve of a human being. Angry  people prefer generally prefer the shortcut. Angry people are quick in their action. Some times anger also means good because if this whole world is occupied by only good then there would be no place for bad. As yin an yang states that every action has equal and opposite reaction. Just as newton law states that when you hit a wall your hand hurts and wall deteriotes a little. Like the same way there are ying and yang which balances the power etween the evil and the good. There os very little benefits of being angry as according to me angry people generally prefer the hard way and our mouth speaks the truth when we are angry. When people smile i dont know ut i generally think that they lie in search of the truth. Ut this is little hard to understand. There are lots of disavantages of the angry people one angry people makes the other angry and the crowd angry. But if he or she is angry for a reason and he she is oing that then i dont think the other person has any reason to be angry. Some people just dont bother but they just keep on moving forward. So heres the question on how to balance angry and good ..? To do so we gotta have some positive forces as well as negative on our daily life. We must have a style of expressing ourself. An that style has to grow on a daily basis. Like auppose you write a post a day you must write it another day. It will make the other person unerstand our style and make he or she comfortable. Thank you and be angry for your style.

Florida Sites We Have Seen

In the seventies and living in South Florida my wife and myself took a trip to the Miami Serpentarium Laboratories. There Bill Haast had a place like a mini zoo plus an area where he milked venomous snakes. He did this in front of you. I mean virtually in front of you. The table he placed the snakes on was only a few feet away from where you stood. There were no glass or other barriers in front of you to protect your person. He milked some of the most venomous snakes in the world. Kraits, rattlesnakes and the like. He used the venom for research and sent it to many facilities around the world.

He, himself, had suffered many snake bites. He survived because in his system was a mixture of a serum that he had created of antitoxins that counteracted the bites. In…

aanasada
Create a free website or blog at WordPress.com.